AMD announced their range of next-generation desktop CPUs, Ryzen 5000-Series. AMD has claimed that these next-gen Ryzen 5000-Series processors are based on the updated ‘ZEN-3’ architecture. The new Zen-3 architecture is based on 7nm technology and AMD has claimed that it makes the Ryzen 5000 Series 26% more powerful in handling gaming tasks and has offered a 19% improvement in instructions per cycle compared to their previous generation of CPUs, which were the AMD Ryzen-3000 series.  Four new models were announced, which start at $299 and go all the way up to $799

AMD Ryzen 9 5950 X comprises of 16 Cores and 32 threads. This newly announced chip is capable of having a maximum clock speed of Up to 4.9GHz. AMD claims the 5950X has the highest single and multi-threaded performance of any mainstream desktop CPU out there. It comes with a giant 72 MB (L3+L2) cache memory. The CPU is also contains a TDP of 105 W

The AMD Ryzen 9 5950 X will be launched at a price tag of $799 and will be available globally from 5th November.

The AMD Ryzen 9 5900X is going to be launched at $549 and will be available globally from 5th November.

Coming down to the affordable section we have the Ryzen 7 5800X. It comes with 8 CPU cores along with 16 threads. The Processor is capable to have a boost clock speed of Up to 4.7GHz. It comes with a single chiplet design, with all eight cores and the full 32MB cache on the single CCX.

To know more about the AMD Ryzen 5000 Series Click Here

To read other exciting tech related articles, visit our website 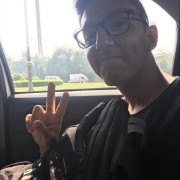 I'm Akshat,16. I absolutely love to learn about new technology and I would be more than happy to put my knowledge into writing.

Amazon's Great Indian Festival, Everything You Need to Know

Top Web-Series to Watch in October 2020

Facebook launches Gaming App, Would it be a Game Changer?

Amazon’s Great Indian Festival, Everything You Need to Know