The year 2020 has been up and down for many smartphone companies. Let us check the flagship’s launched this year.

APPLE launched four models of the iPhone 12 series. This is the first time Apple has launched four smartphones in one event. This year all four models have a dual-camera setup and 1080p display resolution. The pro and pro max model have a special lidar sensor which is exciting and make AR more interesting

S20 is the best phone of the S series by Samsung. It has an HDR10+ display which gives an immersive viewing experience to the user. S20 has a triple camera setup with a 64MP main camera and 10MP front camera which can shoot amazing pics. It has a massive 4000 mAH battery that can give two days of battery backup. It is priced at 47,000 INR for 8 GB ram and 128 GB internal storage which is expandable to 1 TB.

One of the priciest and best flagships from OPPO. It has a 120HZ refresh rate, supports 65w super VOOC 2.0 charging, and has an OLED curved display. The phone runs on colorOS 7.1 androids 10. It has a snapdragon 865 processor in it which makes it even faster. It supports dual 5G as well and priced at 64,990 INR for 12GB RAM and 256GB ROM.

The phone has Oxygen OS based on Android v10 operating system with 2.86GHz of clock speed with Qualcomm Snapdragon 865, powered by Kryo 585 CPU octa-core processor, Adreno 650 which makes it superfast and comes with a 4500 mAH battery that can last for two days. 54,999 INR is its current price. 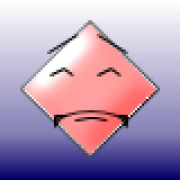 How to Connect Your Epic Games And Steam Accounts

Realme X7 To Arrive In Markets Next Year

Redmi K20 Pro and Mi A3 Receive Price-cut, Mi A2 Gets Android 10 Update